Since its founding in 1962, the New Japan Women’s Association with its 130,000 members, has been working all over Japan for abolishing nuclear weapons, promoting rights of women and children, and building solidarity of women around the world for peace.

Now is the time to achieve a gender equal society

Twenty-five years have passed since the Fourth World Conference on Women was held in Beijing. During that time, women’s movements and awareness of human rights – growing throughout the world to achieve a gender-equal society where diversity is valued and respected – has become a major global trend.
In Japan, women who suffered sexual violence and harassment, female applicants discriminated against by medical schools in entrance examinations, and all those who experienced abuses are standing up to restore their human dignity, making gender equality a major social issue. In the House of Councilors election held in July 2019, the first national election since the Act on Promotion of Gender Equality in the Political Field came into force. Each political party’s effort to increase the number of female candidates and their positions on the introduction of a system to allow married couples to have separate surnames and legal rights of sexual minorities, including lesbian, gay, bisexual, and transgender individuals, became points at issue during the election. The media also covered how each political party responded to these issues.
Japan is ranked 110th among 149 nations in the World Economic Forum’s 2018 Global Gender Gap Report, lagging far behind other countries in gender equality. Women were only paid 52.7 per cent of what men received in 2018, and their lower wages result in lower pension benefits. Anxiety about their old age and the burden of child rearing and nursing care, for which family and individuals are considered to assume primary responsibilities, weigh heavily on women. There have been sexual harassment cases and sexist statements made by ruling party’s lawmakers and politicians, such as “women should bear three children” or “lesbian, gay, bisexual, transgender/transsexual couples are unproductive because they cannot have children”.
Japan’s serious delay on gender equality progress is mainly due to the neoliberal strategy of the financial circles supported and promoted by government policies and the right-leaning tendency as seen in the rise of exclusivism, reactionism, and militarism. Japan’s military spending is on the rise, reaching an all-time high for six straight years, and the country is moving ahead with arms buildup. The taxation system is unfair. Profitable big companies and wealthy individuals benefit from tax cuts, while the majority of people suffer from the consumption tax rate hikes, ranging from 8–10 per cent. The government spending on social security and public services has been drastically slashed. Measures against intensifying natural disasters remain insufficient. Free trade agreements the country has concluded would undermine food safety and family farming. Japan continues to rely on nuclear power generation, and the government withdrew support for survivors and evacuees of the Fukushima Daiichi Nuclear Power Plant disaster, as if the nuclear crisis had never occurred. In rural areas, public transport is shrinking, hurting the already deteriorated local economy. All these go against the international agreements, including the agreed conclusions of the sessions of the Commission on the Status of Women that have reviewed the progress and gaps in the implementation of the Beijing Declaration and Platform for Action, as well as emerging issues and the Sustainable Development Goals.
The New Japan Women’s Association calls on all governments to fully implement all the international agreements on the rights of women and gender equality, particularly the he Convention on the Elimination of all Forms of Discrimination Against Women, and to change policies to realize a society where “no one is left behind.”

For a world without nuclear weapons, we call for the early entry into force of the Treaty on the Prohibition of Nuclear Weapons

The year 2020 will commemorate the twenty-fifth anniversary of the adoption of the Beijing Declaration and Platform for Action, the twentieth anniversary of the United Nations Security Council Resolution 1325 on Women, Peace and Security, and the tenth anniversary of the creation of the United Nations Entity for Gender Equality and the Empowerment of Women (UN-Women). It also will mark the seventy-fifth year anniversary of the atomic bombing of Hiroshima and Nagasaki, the founding of the United Nations, and the five-year milestone of the implementation of the Sustainable Development Goals.
The New Japan Women’s Association is a women’s organization in the only country that experienced the consequences of the use of atomic bombs in war and that waged war of aggression against its Asian neighbours, perpetrating grave human rights violation against peoples in these countries, including the victims and survivors known as “comfort women”, who were forced into sexual slavery by the Japanese military. The New Japan Women’s Association, therefore, is committed to the elimination of nuclear weapons, the promotion of peace, women’s rights, and gender equality, as these issues are inextricably linked to each other.
“Humankind and nuclear weapons cannot coexist” – the Hibakusha, atomic bomb survivors of Hiroshima and Nagasaki, have consistently appealed to the world. They have told their horrible experiences of the atomic bombing to make the inhumane nature of nuclear weapons widely known. Their unrelenting effort and the movement of citizens in solidarity with the Hibakusha moved governments to adopt the Treaty on the Prohibition of Nuclear Weapons. Twenty-two states have ratified the treaty. It is a matter of time before the Treaty on the Prohibition of Nuclear Weapons comes into force, with 50 countries ratifying it.
Along with nuclear weapons, climate change is said to be the biggest threat to humanity, and urgent measures to mitigate its impact are called for. The vast amount of money invested in developing and manufacturing nuclear weapons should be redirected to the needs of humanity and the planet, including the responses to climate change, the eradication of hunger and poverty, and the promotion of gender equality. To bring the Treaty on the Prohibition of Nuclear Weapons into effect toward achieving the elimination of weapons of mass destruction is the major contribution to the attainment of the Sustainable Development Goals. The Treaty on the Prohibition of Nuclear Weapons clearly states, “full and effective participation of both women and men is an essential factor for the promotion and attainment of sustainable peace and security.” Shortly after the sixty-fourth session of the Commission on the Status of Women to be held as Beijing+25, the 2020 Review Conference of the Parties to the Treaty on the Non-Proliferation of Nuclear Weapons will take place. The New Japan Women’s Association urges the sixty-fourth session of the Commission on the Status of Women to call for the entry into force of the Treaty on the Prohibition of Nuclear Weapons at the earliest possible date. 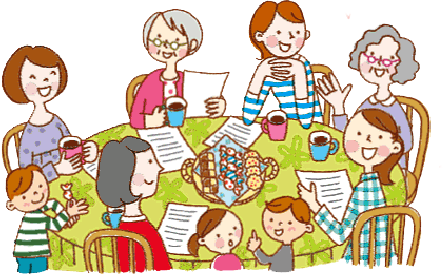 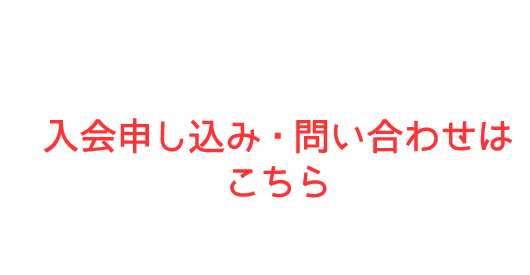